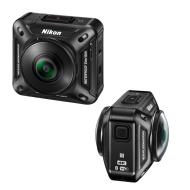 alaTest has collected and analyzed 72 reviews of Nikon KeyMission 360. The average rating for this product is 3.3/5, compared to an average rating of 4.0/5 for other Camcorders for all reviews. Opinions about the reliability and price are overall positive. The durability and size also get good feedback, but views are divided on the battery. There are some critical comments about the connectivity and portability.

We analyzed user and expert ratings, product age and more factors. Compared to other Camcorders the Nikon KeyMission 360 is awarded an overall alaScore™ of 90/100 = Excellent quality.

Below is a list of reviews for this or similar products. If you think this grouping is wrong please click here to flag.
Read more on our FAQ’s page.
Showing 1 - 10 of 18 Show Reviews: in English | in other languages (53)

The Nikon KeyMission 360 is the easiest 360-degree camera to use and delivers strong quality video, but the technology is still in its infancy.

The Nikon KeyMission 360 offers the most streamlined workflow for dual-lens, fully spherical 360-degree video footage to date. There's no need to spend hours converting footage into a usable format, as you have to do with Samsung Gear 360, nor do you...

Nikon launched three new Action Cams this week, offering up a range of rugged models for three different types of adventurous storytellers. The flagship model is the KeyMission 360, which is set to deliver 4K Ultra HD videos in the VR-friendly...

Nikon KeyMission 360 review : Action cameras have become increasingly popular in recent years. Nikon plays in handy with her comprehensive expertise in the field of digital photography. The Nikon KeyMission 360 can record 360 degrees videos in an...

The Nikon KeyMission 360 is available for a recommended retail price of € 499. In addition to the bundled software, battery and USB charger, the retail package includes a lens protection cover, an underwater lens cover and a camera cover. Nikon...

After having been announced Â or more accurately teased given the lack of specific information Â at CES this January, Nikon has finally taken the wraps off its KeyMission 360 action camera. Nikon has also announced two other KeyMission cameras, the...

The Nikon KeyMission 360 will be available in October 2016 for a suggested retail price around US$500.

Nikon's surprise CES announcement of a 4K-resolution 360-degree camera is on its way, joined by surprise announcements of the KeyMission 170 and 80 action cams.

Nikon's surprise CES announcement of a 4K-resolution 360-degree camera is on its way, joined by surprise announcements of the KeyMission 170 and 80 action cams. 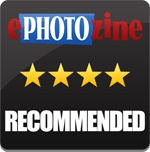 We review the Nikon KeyMission 360, Nikon's 360 Virtual Reality (VR) camera designed to be easy to use and give high quality results.