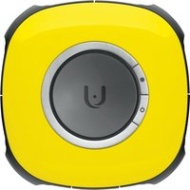 alaTest has collected and analyzed 3 reviews of Vuze 3D 360 VR. The average rating for this product is 4.2/5, compared to an average rating of 4.0/5 for other Camcorders for all reviews. People are impressed by the usability, whereas some have doubts about the image quality.

We analyzed user and expert ratings, product age and more factors. Compared to other Camcorders the Vuze 3D 360 VR is awarded an overall alaScore™ of 90/100 = Excellent quality.

Below is a list of reviews for this or similar products. If you think this grouping is wrong please click here to flag.
Read more on our FAQ’s page.
Showing 1 - 1 of 1 Show Reviews: in English | in other languages (2)

At CES in 2017, we discovered the Humaneyes Vuze 360 3D spherical camera. It is unique in the consumer 360 camera marketplace because it's capable of capturing a 3D spherical image.

Not enough control in software

The Humaneyes Vuze 360 3D camera is a great entry-level 360 camera. It has enough resolution that 360 viewing isn’t pixelated. The camera works simply and easily, but professional control is nowhere to be found. Is the 3D aspect of the camera a bit...