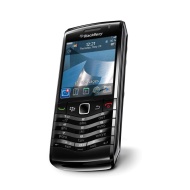 alaTest has collected and analyzed 111 reviews of BlackBerry Pearl 3G. The average rating for this product is 3.6/5, compared to an average rating of 4.1/5 for other Cell phones for all reviews. Views about the size and performance are generally positive. The design and portability are also appreciated, but many are negative about the apps and durability. The connectivity and price get mixed comments.

We analyzed user and expert ratings, product age and more factors. Compared to other Cell phones the BlackBerry Pearl 3G is awarded an overall alaScore™ of 85/100 = Very good quality.

Below is a list of reviews for this or similar products. If you think this grouping is wrong please click here to flag.
Read more on our FAQ’s page.
Showing 1 - 32 of 86 Show Reviews: in English | in other languages (22)

alaTest has collected and analyzed 22 user reviews of BlackBerry Pearl 3G from Amazon.com. The average user rating for this product is 3.0/5, compared to an average user rating of 3.8/5 for other Cell phones on Amazon.com. Reviewers really like the performance and price. The sound and usability are also appreciated. There are some negative views about the durability and size.

59% of the reviews on Amazon.com give this product a positive rating.

As a phone, the Pearl performs like a jewel.

Everyone say it with me now: "It's about flippin' time." The CDMA version of the RIM BlackBerry Pearl is finally out, and though it's been a long wait (the original, GSM version debuted more than a year ago), we have to say it was worth the extra time.

The RIM BlackBerry Pearl 8130 keeps the same sleek design of its predecessor but adds built-in GPS, EV-DO support, and video-recording capabilities. The smartphone's Web browser is also improved, and it has a 2-megapixel camera. The device's messaging...

The SureType keyboard takes some acclimation, and call quality could be slightly better.

The RIM BlackBerry Pearl 8130 improves on an already-impressive smartphone with the addition of GPS, video recording, and 3G support.

Research In Motion (RIM) throws away its suits and ties with the Pearl, a delicious little multimedia smartphone thatsurprise!just happens to be a BlackBerry. Slimmer than a closed RAZR, it is the first BlackBerry to ship with a camera and...

Regarded to be a long over due arrival, AT&T customers have been justifiably tolerating the aging BlackBerry Pearl 8100 for quite some time – with no relief from their agonizing slower data speeds. Despite seeing other BlackBerry handsets donning...

Finally, BlackBerry has started to get on the 3G wagon with the BlackBerry Pearl 3G phone. The Pearl 9100 and 9105 are the new additions to the small 3G family. Read this article to find out if they still pack a punch and if they add anything beyond...

In a sea of BlackBerry mobiles, upgrades and releases, the BlackBerry Pearl 3G models are amongst the best devices on the market today. Although they do not feature the usual size, design and keyboard as other models they make up for that shortcoming...

BlackBerry Wi-Fi comes to AT&T with the Pearl 8120

AT&T and Research In Motion have announced that AT&T business subscribers now have a new BlackBerry model to consider when selecting a handset: the Blackberry Pearl 8120. If you're a regular BlackBerry user then you'll definitely want to consider the...