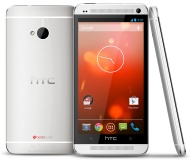 alaTest has collected and analyzed 585 reviews of HTC Google Nexus One. The average rating for this product is 4.1/5, compared to an average rating of 4.1/5 for other Cell phones for all reviews. Comments about the size and screen are generally positive. The design and usability are also appreciated.

We analyzed user and expert ratings, product age and more factors. Compared to other Cell phones the HTC Google Nexus One is awarded an overall alaScore™ of 87/100 = Very good quality.

Below is a list of reviews for this or similar products. If you think this grouping is wrong please click here to flag.
Read more on our FAQ’s page.
Showing 1 - 206 of 336 Show Reviews: in English | in other languages (227)

alaTest has collected and analyzed 40 user reviews of HTC Google Nexus One from Amazon.co.uk. The average user rating for this product is 4.6/5, compared to an average user rating of 4.1/5 for other Cell phones on Amazon.co.uk. Reviewers are impressed by the camera and design. The usability and screen are also mentioned favorably, but many are critical about the reliability and portability.

alaTest has collected and analyzed 156 user reviews of HTC Google Nexus One from Amazon.com. The average user rating for this product is 3.6/5, compared to an average user rating of 3.8/5 for other Cell phones on Amazon.com. People are impressed by the performance. The price is also mentioned favorably, but there are some negative views about the reliability.

HTC One Google Play Edition review: One for Google

Only a few of the HTC Sense enhancements are present ; Underwhelming 4MP ultra-pixel camera ; Camera app offers only basic settings ; Available only in the United States with no subsidies for $599 ; 32GB version available only, single silver color scheme

We enjoyed every minute spent with the HTC One Google Play Edition. Like its Samsung Galaxy S4 counterpart, the metal-clad smartphone with stripped-down Android on board offers the pure Google experience, tucked into a vastly improved hardware compared...

Last week we got our hands on the HTC One Google Play edition and shared our first impressions. Today we dig a little deeper into how this superphone

No AWS band for HSPA ; No Google Wallet support

The HTC One Google Play edition is the same phenomenal phone we've come to love made even better with stock Android, but held back slightly by the lack of AWS for HSPA+ and Google Wallet.

All droids are equal but some droids are more equal than others. Google it. You'll get the Nexus One. There are around 50 smartphones and tablets running Android today. That's right, out of all the offspring they fathered with the Open Handset Alliance...

No DivX and XviD video playback ; No Flash support for the web browser (update is on the way) ; No smart and voice dialing ; Somewhat clumsy camera interface and limited camera features ; No dedicated camera shutter key ; Non hot-swappable memory card...

What does it mean? Well, not that the ones we’ve seen so far are some poor half-blood droids but the Nexus One is supposed to be THE thing. For one, it’s the first Snapdragon-powered Android and it shows. The Nexus One is wickedly fast. The WVGA...

HTC's beautiful and elegant One smartphone is even better running stock Android, thanks to the unlocked Google Play Edition.

Camera and Conclusions One place you'll see some performance degradation from the Sens-ified version is with the camera. HTC's UltraPixel camera requires software processing to do its magic, particularly in low-light areas; otherwise it's just a...

The Android device story has followed a predictable pattern for the past few years: Samsung, HTC, LG, and Sony release top-tier hardware to carriers the world over, with their own proprietary...

There are still tradeoffs, but these are the best Android phones you can get

Editors' note: For this review, I focused on how the HTC One Google Play Edition differs from the carrier-branded versions of the handset. For my complete assessment of the HTC One's design, features, and performance, please see the full review .

The HTC One Google Play Edition's metal design is gorgeous. The phone's hardware and components are top-notch. The clean Android Jelly Bean UI is refreshingly simple, and Google promises a stream of fresh updates as they happen.

The HTC One Google Play Edition doesn't offer any of the extras found in HTC Sense. The handset's unsubsidized price is expensive.

Google's Nexus One is a fine phone, but Google's approach to retailing and support is awful.

No phone or in-person support. Confusing pricing and service options. No voice dialing or transcription over Bluetooth.

The Google Nexus One impresses with a stunning AMOLED display, speedy performance, and cool tweaks to the Android OS; but some network issues prevent it from being a superphone.

Call us geeks, but we can't hear the word "Nexus" without thinking of the utopian dimension in Star Trek where all wishes were fulfilled. And in the run-up to the announcement of its Nexus One phone, Google seemed to be going for the same idea. Indeed,...

The Nexus One has a gorgeous display, a lightning-fast processor, and a loaded feature set. The enhanced voice capabilities worked flawlessly, and the phone delivers solid performance.

Like other Android phones, the Nexus One forces you to store apps on the internal memory. The media player remains average, and it's missing some wanted features like hands-free Bluetooth dialing. Currently, Outlook Calendar syncing is not available.

It doesn't have all the features we'd like, but the Nexus One greatly enhances the Google Android family with a fast processor, good call quality, and improved voice control features. What's more, we love that all versions of the phone will be unlocked.

With totalitarian control over the hardware, Google's Android OS seems to be fully realized (finally!) in the Nexus One.

Awkward syncing with computers. Lacks multitouch gestures. Considering its central placement, the trackball is rather underwhelming

NewPower99 Battery Replacement Kit with Battery...
Guaranteed for One Full Year $53.00 TO SHOP

Google Pixel 4a - New Unlocked Android Smartphone...
New, unlocked Android phone gives you the flexibility to change carriers and choose your own data plan... $349.00 TO SHOP

NEW Microsoft Surface Duo 128GB (Unlocked) - Glacier
Room to focus with two screens. Open and view two apps at once or span one across both screens. $768.00 TO SHOP