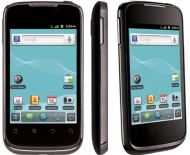 alaTest has collected and analyzed 1015 reviews of Huawei Ascend II. The average rating for this product is 4.1/5, compared to an average rating of 4.1/5 for other Cell phones for all reviews. Comments about the reliability and price are generally positive. The performance and usability also get good feedback. Many are negative about the connectivity, while views are divided on the portability.

We analyzed user and expert ratings, product age and more factors. Compared to other Cell phones the Huawei Ascend II is awarded an overall alaScore™ of 84/100 = Very good quality.

Below is a list of reviews for this or similar products. If you think this grouping is wrong please click here to flag.
Read more on our FAQ’s page.
Showing 1 - 81 of 84 Show Reviews: in English | in other languages (2)

alaTest has collected and analyzed 71 user reviews of Huawei Ascend II from Amazon.com. The average user rating for this product is 2.1/5, compared to an average user rating of 3.8/5 for other Cell phones on Amazon.com. Reviews about the camera and reception are on the whole positive. The battery and design also get good feedback. Many are less positive about the portability and durability. Reviews about the size and performance are mixed.

30% of the reviews on Amazon.com give this product a positive rating.

The ; has an appealing, compact design, and runs Android 2.3 Gingerbread. It comes with a microSD card preinstalled and the price is great.

Unfortunately, the Ascend II is saddled with a slow processor, a mediocre camera, and disappointing battery performance.

The Huawei Ascend II comes at an unbeatable price for an Android smartphone, but the trade-off is getting lower-end features that sometimes underperform.

It's been a long time since I first laid eyes on the Huawei Ascend II, last spring at CTIA. Compared with the original Huawei Ascend , it's much sleeker and more modern, and, of course, it runs the much more recent Android 2.3 Gingerbread OS.

The Huawei Ascend II has an appealing, compact design, and runs Android 2.3 Gingerbread. It comes with a microSD card preinstalled and the price is great.

Unfortunately, the Ascend II is saddled with a slow processor, a mediocre camera, and disappointing battery performance.

The Huawei Ascend II comes at an unbeatable price for an Android smartphone, but the trade-off is getting lower-end features that sometimes underperform.

The Huawei Ascend II is only a modest refresh over the original; if you're willing to spend a bit of money, you can get a much better smartphone on U.S. Cellular.

Inexpensive. Comfortable to hold and use. Decent display.

Multimedia, Camera, and Conclusions The Ascend II has 146MB of internal memory, along with a 2GB microSD card; my 32GB and 64GB SanDisk cards worked fine as well. Thankfully, the phone has a standard 3.5mm headphone jack this time around, which makes...

Product not yet reviewed by PCMag editors.

We've seen the Huawei Ascend Mate 2 when it was first announced during CES 2014. It was a great event, and the phone was well received by the audience since it is a device with a humongous battery capacity, along with a clear intent from Huawei to...

Huawei's U.S. offerings have never been particularly impressive. The original Ascend was a severely underpowered, cheap smartphone that barely offered enough performance to scrap by as a modest low-end phone in the market that existed a year ago, when...

All things being considered, the Ascend II is not worth your time. I understand it may seem hard to berate a free phone, but the fact is that U.S. Cellular has better options in this price range.

"Terrible Phone. Glad they discontinued it!"

I have had this phone for the full two years on Contract with US Cellular. It is the WORST phone I have ever had! It has to be reset constantly! In the past two months I have reset my phone at least 5 times. You cannot even have Instagram, Twitter,...

2 stars out of the box. The most miserable thing about this phone is that it comes with only a gig's worth of pictures and music space. However if you are just a little phone tech savvy and ambitious, you can install Cyanogenmod and overclock the...

-Bloatware -With the MUVE package from certain carriers, the SIM card is integratedwith the MicroSD card - which is ridiculous. -Slow

2 x Huawei Ascend Q M660 Standard OEM Battery HB5N1H...
Never run out of battery power when you want to stay connected with families and friends with this OEM... $54.00 TO SHOP