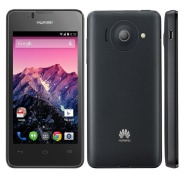 alaTest has collected and analyzed 12785 reviews of Huawei Ascend Y300. The average rating for this product is 4.3/5, compared to an average rating of 4.1/5 for other Cell phones for all reviews. People are impressed by the screen and performance. The price and usability also get good comments, but some have doubts about the connectivity.

We analyzed user and expert ratings, product age and more factors. Compared to other Cell phones the Huawei Ascend Y300 is awarded an overall alaScore™ of 86/100 = Very good quality.

Below is a list of reviews for this or similar products. If you think this grouping is wrong please click here to flag.
Read more on our FAQ’s page.
Showing 1 - 816 of 1056 Show Reviews: in English | in other languages (11652)

alaTest has collected and analyzed 104 user reviews of Huawei Ascend Y300 from Amazon.co.uk. The average user rating for this product is 3.8/5, compared to an average user rating of 4.1/5 for other Cell phones on Amazon.co.uk. People are impressed by the screen and portability. The performance and usability are also mentioned favorably. Some have doubts about the reliability.

79% of the reviews on Amazon.co.uk give this product a positive rating.

alaTest has collected and analyzed 662 user reviews of Huawei Ascend Y300 from Amazon.com. The average user rating for this product is 4.2/5, compared to an average user rating of 3.8/5 for other Cell phones on Amazon.com. Reviewers are impressed by the camera and portability. The usability and performance also get good views. Comments are divided on the durability, while some have doubts about the connectivity and battery.

alaTest has collected and analyzed 40 user reviews of Huawei Ascend Y300 from Amazon.ca. The average user rating for this product is 4.1/5, compared to an average user rating of 3.9/5 for other Cell phones on Amazon.ca. Reviews about the durability and design are overall positive. The screen and usability also get good opinions, whereas there are some less positive reviews about the reliability. There are some mixed opinions about the performance.

88% of the reviews on Amazon.ca give this product a positive rating.

Adjusting the price. The Y300 is the cheapest Ascend device from the Chinese company Huawei. You can buy the smartphone for just 149 Euros (~$194) but is it a good deal or should you invest more money?

Build quality could be better, Insufficient performance, Camera, Limited internal storage, 200 MHz more would have improved the overall performance of the SoC. Technically this is no problem, the G600 uses such a processor with a higher clock

The Ascend Y300 is a very capable entry-level smartphone that looks and performs like mid-ranger. With its solid construction, 4-inch IPS display, dual-core processor, 512MB of RAM, 5 megapixel camera and Android Jellybean , Huawei has certainly set a...

A cheap Android phone with its eye on the budget buyer.

Limited internal storage, Some lag, Not the most intuitive UI

Another affordable handset sneaks out of Huawei

Over the past year or so, Chinese manufacturer Huawei has been raising its profile in the mobile space; a company once known for its budget...

Build quality is good and although there's a removable rear cover which is made of thin bendy plastic but we didn't really expect any more.

Huawei's latest entry to the budget end of the smartphone market is the Ascend Y300. Read our Huawei Ascend Y300 review to find out if we think this handset can deliver despite its cheap price.Updated on 15/07/13.

The Huawei Ascend Y300 is a no-frills smartphone with little to get excited about in dazzling new features. However, it does the basics well with Android 4.1 software with usable battery life at an incredibly low price. For the money, it's one of the...

A very cheap Android phone with no major flaws

The Huawei Ascend Y300 originally launched earlier thisyear at much-touted low price of £60 but you'll be lucky to find itfor that now -- it's more likely to be around the £100 mark which,considering its spec, is probably where it should be. Full review

Bulky uninspired design, not much onboard memory

It's no looker, it may not be a champ in terms ofperformance and there's no 4G, but it does have Wi-Fi and GPS, thescreen is surprisingly good, the camera is pretty decent and theprice is fair enough.

The Huawei Ascend Y300 is the latest weapon in the company's arsenal: it's locked in an epic battle with the likes of ZTE, Samsung and Nokia to craft the perfect low-price smartphone. Its latest effort is a strong contender too, packing a in a...

There’s a lot to love about this spritely smartphone - especially the astonishingly low pricetag that makes even Nokia’s lovely Lumia 620 seem overpriced. It’s a pity the Chinese company’s botched the experience a tad with its strange, childish...

Google Pixel 4a - Unlocked Android Smartphone - 128...
New unlocked Android phone gives you the flexibility to change carriers and choose your own data plan... $466.00 TO SHOP