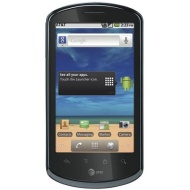 We analyzed user and expert ratings, product age and more factors. Compared to other Cell phones the Huawei Impulse 4G is awarded an overall alaScore™ of 80/100 = Very good quality.

Below is a list of reviews for this or similar products. If you think this grouping is wrong please click here to flag.
Read more on our FAQ’s page.
Showing 1 - 98 of 98 Show Reviews: in English | in other languages (6)

alaTest has collected and analyzed 88 user reviews of Huawei Impulse 4G from Amazon.com. The average user rating for this product is 3.6/5, compared to an average user rating of 3.8/5 for other Cell phones on Amazon.com. Comments about the battery and screen are overall positive. The camera and portability are also appreciated. Views about the durability and usability are mixed. Some have doubts about the size and reliability.

75% of the reviews on Amazon.com give this product a positive rating.

Multimedia, Camera, and Conclusions There's a standard-size 3.5mm headphone jack on top, although the microSD card slot is located underneath the battery cover. Huawei throws in a 2GB microSD card to get you started, and my 32GB SanDisk card worked...

If you want to jump in the Android pool like the cool kids but you don't have the money to shell out for pricey goods like the Motorola Droid Bionic or the Samsung Galaxy S II , you might want to consider a budget smartphone to help kick off your...

The Huawei Impulse 4G only has Android 2.2, and we experienced inconsistent HSPA+ speeds.

The Huawei Impulse 4G satisfies the basics of most Android phones, but its outdated software and inconsistent speeds keep us from fully recommending it despite its bargain price.

It's not every day that you see a budget smartphone with 4G capabilities and a camera that captures 720p HD video.

Poor video capture quality; 4G speeds in my tests were not that great; ships with outdated version of Android

For the price, it would be hard to find anything better than the Impulse.

The Huawei Impulse is a budget-friendly Android smartphone, but it has some features that are usually saved for high-end superphones. It is a 4G devices and uses AT&T 's HSPA+ network. It also has a camera capable of capturing 720p HD...

music app is messed up

"Slow, lags a ton, and restarts itself all the time."

Slow, Lags, Restarts it self, force closes most of my apps, keys on keyboard are to close together causing a lot of typos.

My first smartphone ever, and I love it.

Good graphics, tons of apps to choose from, pretty fast.

After having 3 of these phones in 6 months please take my advice- avoid this phone like the plague! If I had read reviews before buying I would have saved myself a lot of trouble.

Nothing but calendar works!

This phone was a great phone when I got it.

I woke up to my alarm, when I walked up to hit snooze I touched my phone, it was frozen, and when I hit the magnifying glass (Search) button it cracked from heat, I turned my phone over, popped open the back, the battery fell out in to my hand, and...

Lots of features for the money.