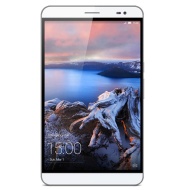 alaTest has collected and analyzed 1050 reviews of Huawei U8860 Honor. The average rating for this product is 4.1/5, compared to an average rating of 4.1/5 for other Cell phones for all reviews. Reviewers really like the reliability and price. The usability and performance also get good comments, whereas there are some mixed reviews about the reception.

We analyzed user and expert ratings, product age and more factors. Compared to other Cell phones the Huawei U8860 Honor is awarded an overall alaScore™ of 87/100 = Very good quality.

Below is a list of reviews for this or similar products. If you think this grouping is wrong please click here to flag.
Read more on our FAQ’s page.
Showing 1 - 66 of 129 Show Reviews: in English | in other languages (764)

alaTest has collected and analyzed 45 user reviews of Huawei U8860 Honor from Amazon.co.uk. The average user rating for this product is 4.1/5, compared to an average user rating of 4.1/5 for other Cell phones on Amazon.co.uk. Reviews about the battery and portability are generally positive. The usability and price also get good comments, but reviews about the reliability and reception are different.

84% of the reviews on Amazon.co.uk give this product a positive rating.

Huawei has successfully put together a solid mid-range phone that offers great performance for its price.

Huawei U8860 Honor review: Way of the Dragon

The Huawei Honor is made in China and proudly so. Designed, engineered and created in the Land of the Dragon, it's nothing like your run-of-the-mill cheap knock-off. It's a genuine Chinese product, not just something put together for someone else –...

The Huawei Honor is a capable device but it would definitely have a hard time dealing with its “Made in China” stigma.

Huawei has been steadily supplying second-tier U.S. carriers like MetroPCS and Cricket Wireless with midrange Android smartphones at lower prices--at least ones that are affordable for those buying phones off-contract, at a higher up-front cost. Take,...

The Huawei Honor has an easy-to-use interface overlaying Android 2.3 Gingerbread, and a mega battery that promises lengthy talk times.

You don't get all the performance you'd expect from the specs, including the 8-megapixel camera. Call quality was also harsh in our tests, and the unlocked price is a probable deterrent for U.S. customers.

The Huawei Honor may be a step up from most of the company's devices that we get our hands on, but U.S. customers should seek local versions of the Android smartphone, like the Huawei Mercury with Cricket.

When Huawei sent over their new and soon to be released smartphone set to debut in Asia in Q4 called the Huawei Honor (U8860) also known as the Glory , I was expecting another run of the mill Android smartphone for the budget crowd like their previous...

Huawei might not be as popular or widely celebrated as the HTC’s and Samsung’s in the mobile world, but that doesn’t mean they shouldn’t be. If Huawei continues to put out great hardware like this here phone and the award winning Huawei Vision I see no...

Huawei may not yet be famous in the USA, but we've been keeping an eye on their Android phones, and they have been steadily making progress, so we were very curious to see what the Huawei Honor, aka Huawei U8860, [...]

The Huawei Honor is a mid-range Android smartphone that is well-spec'd for what it costs. It comes with a 1.4GHz single-core processor and a 4-inch high-resolution display...

Probably the biggest advantage of the Huawei Honor is its great value-for-money ratio. It can be bought for about $370 off contract, and at that price point, no other brand name company would be able to match its specs. However, you get what you pay...

The Huawei Honor is a bit on the modest side compared to other smartphones out there but Huawei didn't make this a flagship for no good reason. It has a wide range of features with some you can find in more powerful smartphones out in the market. It is...

On paper, this has a very capable hardware package. However, the price tag brings it in the same ring against the likes of the HTC One V. Both phones have their tussle on the specs, but the clear disadvantage for the Honour is that it comes with...

Looks a bit too much like the iPhone. Camera is strictly ok

Oveall, the U8860 is a pretty decent Smartphone. It is well constructed, has a nice display, performs quite well and lasts you quite a long time between charges. Its priced at AED 1,500 making it extremely well worth for what you’re getting and thus...

Not that the Huawei Honor (which is spelled in Europe Honour) is anything new but it took Huawei a little bit longer to bring the stand-by monster to Germany. Powered by a 1.4 GHz single-core CPU, it was initially launched with Android 2.3 /...

Price comparison for Huawei U8860 Honor