alaTest has collected and analyzed 819 reviews of Nikon Coolpix P600. The average rating for this product is 4.3/5, compared to an average rating of 4.3/5 for other Digital Compact Cameras for all reviews. Views about the image quality and portability are overall positive. The usability and zoom also get good views, whereas many are less positive about the energy efficiency and contrast. There are some mixed reviews about the viewfinder and low light performance.

We analyzed user and expert ratings, product age and more factors. Compared to other Digital Compact Cameras the Nikon Coolpix P600 is awarded an overall alaScore™ of 90/100 = Excellent quality.

Below is a list of reviews for this or similar products. If you think this grouping is wrong please click here to flag.
Read more on our FAQ’s page.
Showing 1 - 488 of 581 Show Reviews: in English | in other languages (48)

alaTest has collected and analyzed 52 user reviews of Nikon Coolpix P600 from Amazon.co.uk. The average user rating for this product is 4.3/5, compared to an average user rating of 4.3/5 for other Digital Compact Cameras on Amazon.co.uk. Reviewers are impressed by the price and usability. The image quality and portability also get good views, but many are critical about the contrast and reliability. Views are divided on the performance.

alaTest has collected and analyzed 426 user reviews of Nikon Coolpix P600 from Amazon.com. The average user rating for this product is 4.3/5, compared to an average user rating of 4.2/5 for other Digital Compact Cameras on Amazon.com. Reviewers really like the portability and image quality. The usability and performance are also appreciated. There are some negative comments about the contrast and shutter. There are some mixed views about the low light performance.

89% of the reviews on Amazon.com give this product a positive rating.

The Nikon Coolpix P600 is a decent mega-zoom but it definitely has some issues that stops us from recommending it.

We never did get those hummingbirds, but we did get a number of solid photos. Overall, the Coolpix P600 is a decent mega-zoom but it definitely has some issues that we don’t want to beat to death. Although we love that 1,440mm setting, at $499, it’s...

The Nikon Coolpix P600 covers an incredible 60x zoom range, but focus speed is an issue when zoomed.

Compared with others, Nikon has been slow to integrate Wi-Fi into its cameras. The P600 has it, so you can copy images to your iOS or Android device using the free Wireless Mobile Utility application. The implementation is identical to that of the...

If there's one thing the Nikon Coolpix P600 has going for it, it's wow factor. Well, at least for birders, stargazers, and anyone else who likes to shoot pictures and movies of distant subjects.

The Nikon Coolpix P600 packs a powerful lens, a nice vari-angle LCD, and a respectable set of shooting options and controls that should satisfy auto and manual users alike. Considering its zoom range, the camera is remarkably compact and light.

While the P600's shooting performance is decent, at times it can feel slow in use. It can be slow to autofocus as well, particularly when fully zoomed in. Also, the lens makes a lot of noise while moving it when recording movies. Enthusiasts might be...

The Nikon Coolpix P600 isn't the quickest camera, but that might be a small price to pay for having such a long lens on a relatively compact, lightweight camera.

This super zoom delivers good overall image quality and a fair number of useful features, but the auto focus can be slow and unreliable. This, in addition to slow processing in burst mode, make it ill-suited for fast action photography. The weak flash...

This super zoom delivers good overall image quality and a fair number of useful features, but the auto focus can be slow and unreliable. This, in addition to slow processing in burst mode, make it ill-suited for fast action photography. The weak flash...

The Nikon Coolpix P600 price is Europe is set at €469,- including VAT. Retail prices vary from country to country. The Nikon camera will be available in black and red. As soon as we receive a test sample, we will put this super zoom camera to the test... 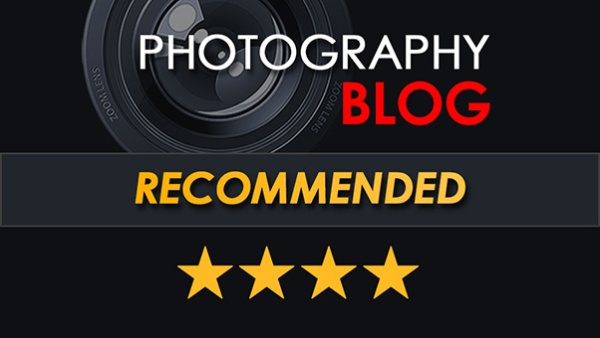 The Nikon Coolpix P600 is a new super-zoom compact camera with a mechanically-stabilized 60x optical zoom that offers a massive focal range of 24-1440mm. It also offers an innovative side zoom control, a 1/2.3” Back Side Illuminated CMOS sensor with...

The new Nikon Coolpix P600 is a rather modest upgrade of last year's P520 model, principally adding an even bigger zoom lens, built-in wi-fi connectivity, and longer shutter speeds for night photography. It still struggles to keep up with fast-moving...

If you're a long-zoom camera fan, the 16-megapixel Nikon P600 has your name on it. Offering Nikon's longest-ranging optic to date -- a whopping 60x optical zoom, Nikkor-branded lens -- the P600 targets birders, astronomy fans, and anyone else who likes...

Available from February 2014, the Nikon Coolpix P600 ships in two body colors: black or red. List pricing is set at around US$500.

If you're looking for a camera that shoots faraway objects (birds, the moon, or your kid on stage from the back of the auditorium when you arrive late for her recital), then I have the compact camera for you: the Nikon COOLPIX P600.

Overall, Nikon COOLPIX P600 is about one thing: providing you with one of the most impressive zoom mechanisms on a lightweight compact camera. On that fact, it can’t be beat.

The P600 would mainly compete with Canon’s and Sony’s Megazoom cameras. There are many cameras with 42X zoom, 50X zoom but we certainly do not think there is any second camera with a 60X zoom. You should definitely get this camera if you shoot a lot of...

Rankings REVIEW SUMMARY STORE PRICING Up close (and far away) with the Nikon COOLPIX P600 - Review COMMENTS, QUESTIONS, & ANSWERS FORUM BY VIEWERS AND

The Nikon P600 has one of the highest zooms in the category--but can this camera offer more than just zoom?