alaTest has collected and analyzed 19 reviews of Olympus PEN E-PL9. The average rating for this product is 4.0/5, compared to an average rating of 4.3/5 for other Digital Compact Cameras for all reviews. Views about the price and usability are overall positive. The portability and performance are also appreciated, but there are some mixed views about the screen. Some have doubts about the sensor and viewfinder.

We analyzed user and expert ratings, product age and more factors. Compared to other Digital Compact Cameras the Olympus PEN E-PL9 is awarded an overall alaScore™ of 93/100 = Excellent quality.

Below is a list of reviews for this or similar products. If you think this grouping is wrong please click here to flag.
Read more on our FAQ’s page.
Showing 1 - 10 of 11 Show Reviews: in English | in other languages (8)

With the PEN E-PL9, Olympus has made the best possible camera for the smartphone generation, other than an actual smartphone. It’s pretty, compact, fast, and simple to operate — great for someone ready to jump into the world of interchangeable lens...

The Olympus PEN E-PL9 is, for the most part, the same mirrorless camera as the E-PL8, but adds a built-in flash and 4K video.

I'm being a bit kinder to the E-PL9 than I was to the E-M10 Mark III, which I reviewed earlier this year and gave a lower rating. Price is one factor, as the E-M10 is $50 more. Market is another; the PEN's appeal is to entry-level shooters, while the...

The Good. Olympus's latest compact oozes not only style but also smart little features that beginner photographers, bloggers, and selfie shooters will appreciate. The Olympus Pen E-PL9, released earlier in 2018, is a big, if beginner, camera in a...

So who's the PL9 for? Like every preceding model in the line, the Olympus PL9 is an extremely affordable camera aimed at the budget-minded photographer who nevertheless wants interchangeable-lens, mirrorless camera versatility, from bloggers and...

As we noted at the outset, the Olympus PL9 has thus far been announced only outside of the US market. Pricing in the UK market is set at Â£580 or thereabouts when sold body-only (that's roughly US$670 before tax, at current exchange rates). The PL9 is...

Competition remains fierce in the mirrorless-camera market, which is good news for consumers, since cameras like the E-PL9 will offer a lot of value for the money. It shoots very good stills and videos, although it's challenged in low light and the...

No electronic viewfinder ; Wi-Fi setup was a bit confusing ; Touch-screen LCD doesn't swing out to side ; Small grip

The Olympus PEN E-PL9 is a good mirrorless camera for those graduating from smartphone photography.

The Olympus PEN E-PL9 is aimed at beginners and bloggers after a stylish and fashionable interchangeable lens camera that's superior to a smartphone.

No viewfinder ; No accessory port ; ISO limit is only 25,600 ; Only uses 3-axis IS system ; Modest sensor specs ; Relatively expensive

The PEN E-PL9 is perfect for first-time buyers who’ve outgrown a smartphone and just want a camera that reliably captures sharp, well-exposed images, fits in a bag and doesn’t look like a piece of military hardware. There are cheaper alternatives, but...

This entry-level model from Olympus is pitched squarely at vloggers, bloggers and holiday snappers

No viewfinder ; No USB charging

Overall, this is a great little camera for those who are new to photography, or for those who have a little more experience but want something ultra-light and portable for their travels. It’s therefore very easy to recommend. 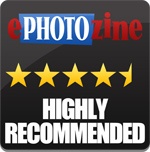 Read our full review of the new Olympus PEN E-PL9, with a 16mp sensor, 4K video, and numerous shooting modes.

We go hands-on with the new Olympus PEN E-PL9, and post sample photos and video with the new 16mp, 4K camera.