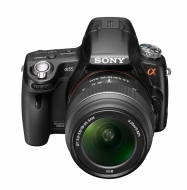 alaTest has collected and analyzed 748 reviews of Sony Alpha a55. The average rating for this product is 4.4/5, compared to an average rating of 4.3/5 for other Digital Compact Cameras for all reviews. Comments about the video and image quality are overall positive. The portability and usability are also appreciated. Opinions are divided on the shutter. The exposure and flash get critical opinions.

We analyzed user and expert ratings, product age and more factors. Compared to other Digital Compact Cameras the Sony Alpha a55 is awarded an overall alaScore™ of 91/100 = Excellent quality.

Below is a list of reviews for this or similar products. If you think this grouping is wrong please click here to flag.
Read more on our FAQ’s page.
Showing 1 - 75 of 486 Show Reviews: in English | in other languages (155)

alaTest has collected and analyzed 49 user reviews of Sony Alpha a55 from Amazon.co.uk. The average user rating for this product is 4.7/5, compared to an average user rating of 4.3/5 for other Digital Compact Cameras on Amazon.co.uk. People are impressed by the price and image quality. The usability and performance are also appreciated, but there are some critical comments about the durability.

alaTest has collected and analyzed 16 user reviews of Sony Alpha a55 from Amazon.com. The average user rating for this product is 4.3/5, compared to an average user rating of 4.2/5 for other Digital Compact Cameras on Amazon.com. People are impressed by the portability. The performance also gets good feedback. Reviews are divided on the image quality. Some have doubts about the viewfinder and lens.

88% of the reviews on Amazon.com give this product a positive rating.

No program shift ; Electronic viewfinder only

Expensive and probably a bit large for the typical point-and-shoot upgrader, the Sony Alpha SLT-A55V nevertheless delivers the performance and photo quality boost those shooters are expecting.

The Sony Alpha 55 (SLT-A55VL) offers faster-than-D-SLR focusing speeds along with D-SLR-quality images. The only thing you don't get is a true optical viewfinder.

Video-Capture Performance and Conclusions Video recording on the Alpha 55 is another big selling point; it's simple to operate and the results are excellent. The Editors' Choice Canon T2i takes a few seconds to autofocus during video recording, whereas...

Sony's latest interchangeable lens cameras, the SLT Alpha A33 and A55 represent a significant technological milestone - not just for Sony but for the enthusiast camera market as a whole.

Pairing a new technology with two new SLR announcements today, Sony is rolling out Translucent Mirror Technology in the α55 (SLT-A55V) and α33 (SLT-A33) digital cameras. TMT increases the speed of continuous shooting to an impressive 10fps, and allows... 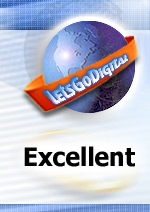 The Sony Alpha SLT-A55 is a remarkable camera. Not only due to its compact dimensions, as there are even smaller cameras available, but more because of its design. The current series of digital SLR cameras on the market is based on an ‘old’ technology...

The SLT-A55V ($749 without lens) is a new video-capable DSLR from Sony that features Full HD recording and Sony's new Translucent Mirror Technology. The camera did well in our video testing, but its lack of manual controls in video mode is a...

Price comparison for Sony Alpha a55