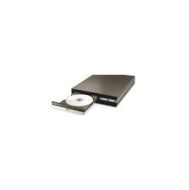 alaTest has collected and analyzed 40 reviews of KISS DP-1500. The average rating for this product is 3.6/5, compared to an average rating of 3.8/5 for other DVD Players for all reviews.

We analyzed user and expert ratings, product age and more factors. Compared to other DVD Players the KISS DP-1500 is awarded an overall alaScore™ of 67/100 = Good quality.

Below is a list of reviews for this or similar products. If you think this grouping is wrong please click here to flag.
Read more on our FAQ’s page.
Showing 1 - 2 of 2 Show Reviews: in English | in other languages (37)

I bought this Kiss DP-1500 DivX DVD player for 2 reasons. Firstly because it can play divx and xvid movies ( of which i have hundr...