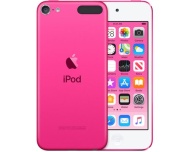 alaTest has collected and analyzed 33 reviews of Apple iPod Touch (7th Gen, 2019). The average rating for this product is 4.0/5, compared to an average rating of 3.9/5 for other products in the same category for all reviews. Reviewers really like the usability and performance. The connectivity and price also get good feedback, whereas opinions about the size and battery are mixed.

We analyzed user and expert ratings, product age and more factors. Compared to other products in the same category the Apple iPod Touch (7th Gen, 2019) is awarded an overall alaScore™ of 99/100 = Excellent quality.

Below is a list of reviews for this or similar products. If you think this grouping is wrong please click here to flag.
Read more on our FAQ’s page.
Showing 1 - 10 of 21 Show Reviews: in English | in other languages (4)

Apple's 2019 iPod touch is a small, light handheld media player that's terrific for kids and anyone who doesn't want a full-fledged smartphone.

There are other alternatives to the iPod touch that aren't phones. You can also get a dedicated MP3 player; those still exist, from SanDisk and Sony, and they don't have the ability to feed your child steadily more politically extreme YouTube videos...

Apple's iPod Touch gives you a good portion of the iPhone 6 experience in a tiny package, but it's a bit too small.

The 2015 Apple iPod Touch offers great performance and an impressive camera in a tiny package.

The 4-inch display is far too small, and the battery life is middling. And it's largely redundant if you already have a smartphone or tablet.

The updated iPod Touch remains a great portable media player and overall entertainment device, but its small screen feels like a throwback to an earlier era.

It's been about eight months since I first reviewed the 7th-generation iPod touch , and since that time both iOS 13 and Apple Arcade, two releases that significantly affect the hardware, have been released. How well has the iPod touch 7 held up since...

The iPod returns for one last hurrah

In the age of smartphones, does the iPod Touch still cut it?

Nothing at this price

For those still wanting a high capacity, diminutive music and video player that isn't an iPhone, the iPod touch offers a compelling choice.

For those still wanting a high capacity, diminutive music and video player that isn't an iPhone, the iPod touch offers a compelling option for under $200/£200.

Not happy. Product is faulty. Everytime I try to log in it says error occurred. Can't get past the set up stage. Going to have one unhappy little girl on her birthday now!! Not good wouldn't recommend at all. Unsatisfied. I've turned it on and off....

This iPod was no more then a few days old when I started experiencing issues. I was constantly passed between Very and the Apple store. The conclusion was that I could only get a refurbished replacement...which I find a joke considering it's still in...

Not worth the money

Awful exp uploading tunes. Constant resigning in. Would not recommend buying it. Complete waste of money.