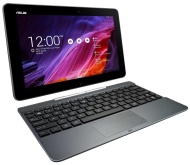 alaTest has collected and analyzed 401 reviews of Asus Transformer Pad TF103C. The average rating for this product is 3.9/5, compared to an average rating of 4.2/5 for other products in the same category for all reviews. Opinions about the design and screen are overall positive. The price and performance are also appreciated, but there are mixed comments on the camera and touch screen. There are some critical comments about the storage.

We analyzed user and expert ratings, product age and more factors. Compared to other products in the same category the Asus Transformer Pad TF103C is awarded an overall alaScore™ of 89/100 = Very good quality.

Below is a list of reviews for this or similar products. If you think this grouping is wrong please click here to flag.
Read more on our FAQ’s page.
Showing 1 - 84 of 106 Show Reviews: in English | in other languages (36)

alaTest has collected and analyzed 67 user reviews of Asus Transformer Pad TF103C from Amazon.co.uk. The average user rating for this product is 4.0/5, compared to an average user rating of 4.3/5 for other products in the same category on Amazon.co.uk. Opinions about the screen and portability are overall positive. The usability and price also get good comments, whereas views are divided on the durability. Many are critical about the touch screen and storage.

86% of the reviews on Amazon.com give this product a positive rating.

When it comes to ASUS, buying a full-size Android tablet has usually meant venturing past the $300 mark; even the Transformer Book T100 set you back $349

ASUS' entry-level Transformer Pad sacrifices quite a bit in the name of price, but you still get a speedy, well-designed Android tablet that can serve as a basic laptop in a pinch.

Asus Transformer Pad TF103C review: This hybrid is better for fun than work

This 10.1-inch tablet delivers plenty of bang for the buck, but it's not a great productivity tool.

The Transformer Pad TF103C is a solid tablet for entertainment and other casual uses, but it won't supplant a true notebook if you're looking to boost your productivity while you're on the road.

Yet, the Transformer Pad TF103's biggest selling point is its competitive $299 starting price -- $299 in the US, £240 in the UK and AU$429 in Australia. That's as low as it gets in the tablet-hybrid category; it's one of the most affordable Android...

The plastic construction of the keyboard feels cheap, the trackpad response sometimes lags, and its thick-bezeled, girthy design is outdated.

With Asus' slickest user interface yet, included keyboard, and a competitive starting price, the small but chunky Transformer Pad TF103 is an attractively affordable tablet hybrid.

The latest release in the Transformer line of Asus tablets is a simple hybrid for simple needs. The TF103 delivers a full slate of features and a sturdy -- albeit outdated -- design with an optional keyboard. And in a big improvement over the previous...

The plastic construction of the keyboard feels cheap, the trackpad response sometimes lags, and its thick-bezeled, girthy design is outdated.

With Asus' slickest user interface yet, included keyboard, and a competitive starting price, the small but chunky Transformer Pad TF103 is an attractively affordable tablet hybrid.

With an included keyboard dock, the Asus Transformer Pad TF103C will appeal to productivity hounds on a budget, but it's an otherwise unimpressive Android tablet.

Cameras and Conclusions Around back is a 2-megapixel camera, complemented by a 0.3-megpaixel front-facing camera. They're useful for apps that require one, and the front-facing sensor at least makes video chats possible, but neither should be relied...

The ASUS Transformer Pad TF103C shows that Android isn't the best OS for a laptop.

Asus has been a pioneer in the mobile computing space since launching the first netbook in 2007. Netbooks may not be as popular as they once were, but Asus continues to release portable notebooks, tablets, and 2-in-1 devices.

But personally if I were going to spend $300 on a 10 inch tablet today I’d probably either opt for the Windows-powered Transformer Book T100 or a keyboard-free model with more RAM.

Asus' most refined Transformer yet comes with a friendlier $429 price

Only the keyboard makes the Transformer Pad worth buying. Without it the tablet proves mundane and a second choice to those on offer from Lenovo, Asus and Xiaomi. The customer interested in a taste of both worlds, notebook and tablet, will be satisfied...