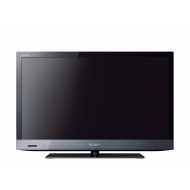 alaTest has collected and analyzed 1070 reviews of Sony XE52xx / X52E (2017) Series. The average rating for this product is 4.2/5, compared to an average rating of 4.3/5 for other products in the same category for all reviews. People are impressed by the glare and design. The price and image quality also get good views. The tuner and color get less positive views, while views are divided on the durability.

We analyzed user and expert ratings, product age and more factors. Compared to other products in the same category the Sony XE52xx / X52E (2017) Series is awarded an overall alaScore™ of 91/100 = Excellent quality.

Below is a list of reviews for this or similar products. If you think this grouping is wrong please click here to flag.
Read more on our FAQ’s page.
Showing 1 - 109 of 778 Show Reviews: in English | in other languages (98)

alaTest has collected and analyzed 72 user reviews of Sony XE52xx / X52E (2017) Series from Amazon.co.uk. The average user rating for this product is 4.3/5, compared to an average user rating of 4.3/5 for other products in the same category on Amazon.co.uk. People really like the design and sound. The image quality and price are also appreciated. Many are critical about the remote control and size. There are some mixed opinions about the durability.

89% of the reviews on Amazon.com give this product a positive rating.

Just as it was at the height of the cathode-ray television's popularity, the sub-$1,000 mark is a sweet spot for flat-panel TV purchasing today. Back then Panasonic and Sony were much more popular than LG or Samsung, but things have changed.

The Sony EX523 series produces a solid though workmanlike picture at a price that competes well against similarly featured LED TVs.

The Sony Bravia KDL-32EX523 ($749 MSRP) is among the least expensive LED-edgelit LCD televisions from Sony this year, yet its impressive blend of features and performance was enough to catch our attention. Those with a critical eye may take exception...

The Sony Bravia KDL-32EX523 ($749 MSRP) offers a lot for a TV that’s positioned closer to the entry-level end of the spectrum. Along with the EX520 series, the EX523 series is the cheapest LED-edgelit LCD that Sony offers. Yet it packs in built-in WiFi...

If you're looking for an internet-ready, 32-inch LED-edgelit HDTV, you can't go wrong with the Sony KDL-32EX520 (MSRP $629). It has solid performance across the board and a robust — if somewhat clumsy — set of online features. If you don't need the...

The Sony KDL-32EX520 almost has it all: great contrast and color, internet connectivity and a solid complement of features. It lags in motion performance, however, and has some other minor faults. We were impressed by the Sony’s high contrast ratio,...

Sony has made the model by targeting the segment of consumers not that much interested in the content being made with 3D technology supports. The TV set comes with much better audio and video quality to watch the movies, television shows and programs...

The scope of accessing a variety of content is further expanded with the smart and wireless internet connectivity option offered by the model. You can use the built in Wi-Fi feature to stream the various content and apps offered by the leading content...

Sony has designed the model as a multi-purpose digital device. In addition to watching a wide variety of movies, programs, shows and family dramas being aired on different television channels, a user gets much better options to access a wide range of...

A viewer also gets much improved and advanced option to access the internet through a wireless connection. You can use the HTML browser to access the websites directly on the 40-inch LED screen. Similarly, you can use these features to stream a wide...

The Sony Bravia KDL-32EX523 ($749 MSRP) offers a lot for a TV that’s positioned closer to the entry-level end of the spectrum. Along with the EX520 series, the EX523 series is the cheapest LED-edgelit LCD that Sony offers. Yet it packs in built-in WiFi...

Sony's latest Skype-ready BRAVIA will champion their new EX520 range, complete with edge-lit LEDs, a Full-HD panel and Internet suites. How will Sony's affordable HDTV stack up? Join us as we find out how the X-Reality powered panel measures up.

For those of you interested in buying a second TV for the house, this 32-inch model can be an ideal choice. This is just the right size to fit into your office or kid's dorm. You will obviously be on the search of a larger display for your living room....

Sony has made this set Wi-Fi ready too and you only need to buy an adapter to get Internet without wires. You can then stream all the movies, music, videos and photos that you want from both the Internet and the PC in your home. The Ethernet port also...

Sony Bravia KDL-32EX523 is a TV having solid performance and the price quality is quite good for the price that it is offered for. This panel will compete well against the LED TVs having similar features in the market.The connectivity options on the...