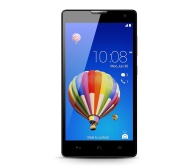 Below is a list of reviews for this or similar products. If you think this grouping is wrong please click here to flag.
Read more on our FAQ’s page.
Showing 1 - 10144 of 10502 Show Reviews: in English | in other languages (14466)

alaTest has collected and analyzed 2601 user reviews of Motorola Moto G (2013, 1st gen) / X1032 / XT1034 / XT1039 from Amazon.co.uk. The average user rating for this product is 4.6/5, compared to an average user rating of 4.1/5 for other Cell phones on Amazon.co.uk. Reviewers are impressed by the portability and screen. The usability and performance also get good feedback.

94% of the reviews on Amazon.co.uk give this product a positive rating.

alaTest has collected and analyzed 7436 user reviews of Motorola Moto G (2013, 1st gen) / X1032 / XT1034 / XT1039 from Amazon.com. The average user rating for this product is 4.4/5, compared to an average user rating of 3.8/5 for other Cell phones on Amazon.com. People are impressed by the screen and portability. The usability and performance are also mentioned favorably.

91% of the reviews on Amazon.com give this product a positive rating.

alaTest has collected and analyzed 97 user reviews of Motorola Moto G (2013, 1st gen) / X1032 / XT1034 / XT1039 from Amazon.ca. The average user rating for this product is 4.1/5, compared to an average user rating of 3.9/5 for other Cell phones on Amazon.ca. Views about the durability and camera are overall positive. The usability and performance are also mentioned favorably, but there are mixed comments on the portability and reliability.

84% of the reviews on Amazon.ca give this product a positive rating.

Having spent the best part of two years cleaning the Motorola pipeline of products conceived before the takeover, Google finally has a shop with its name on it. And it's not afraid to use it to challenge some of the old habits and experienced players...

A Google phone for the masses. At long last. Nothing like the enigmatic Nexus, drip-fed through the Play Store, attractively priced but hard-to-get.

Since Motorola was acquired by a certain tech giant last year, its new owner hasn't had a particularly strong impact on the way it does business. Not too

Up to just 16GB of non-expandable storage ; No LTE ; Slightly sluggish web browsing

Forgiving the absence of a microSD slot and LTE radio, we commend the Moto G for its bright display, superb all-around performance and versatile camera despite a low megapixel count. At this price, it's a bargain.

For the Moto G, the third time's a charm (review)

The latest Moto G refresh scores on Android 4.4, palmable design, and above-average specs. All it lacks is LTE.

The 5-inch Motorola Moto G once again turns in its signature hand-friendly design and hardware specs that impress for the price.

In LTE markets, the Moto G's absence of the fast data standard is a drag.

Motorola's new Moto G exemplifies the budget Android phone, but if you prefer your data LTE-flavored, it's best to wait for that model.

The Motorola Moto G is a well-built phone for a great price on Boost Mobile, but its lack of LTE limits its appeal.

Bloatware, Competition, and Conclusions Thankfully, Boost didn't go overboard with the software pre-loads on its Moto G. The Boost Zone account managing app is the only non-removable piece, while Boost Music and an airG chat client can both be...

Up until now, the most affordable way to get your mitts on an unlocked Android smartphone was the Motorola Moto G . For true 'droid diehards though, the device's software, which is only slightly tweaked by Motorola, may not be quite pristine enough....

The Moto G Google Play Edition runs pristine Android 4.4 KitKat right out of the box and for a rock bottom price. It's compact, has a premium build quality, and powerful speakers.

The Moto G's processor is slow, it has no LTE, and storage is limited to 16GB. The dim screen lacks contrast and vivid colors, and its camera takes blurry photos and lacks an HDR mode.

If you yearn for pure Android KitKat on the cheap, the Moto G Google Play Edition is worth the price, but power users should look elsewhere.

The Moto G is the best-built, unlocked smartphone under $200 available today.

The G also doesn't rely on a microSD card for storage; instead, it has 12.92GB of available internal storage, and no slot. That means the G can't handle as much media as a phone with an SD card slot, but it can load up many more apps than phones like...

If your priority is to get your hands on the cheapest Android phone deal around, the new Motorola Moto G can't be beat. Starting at just $179, the unlocked and unsubsidized Moto G flaunts a big 4.5-inch screen plus all the power of Android 4.3 Jelly...

The Motorola Moto G is extremely affordable, unlocked, and runs Android 4.3 Jelly Bean. The phone is compact and has premium build quality that belies its low price. The Moto G’s speakers pack lots of volume.

The processor is slow, and the phone comes with a maximum of 16GB of storage and no LTE. The phone’s screen is dim and lacks contrast and vivid colors. The Moto G’s camera takes blurry photos without much detail.

You can't beat the price of the Moto G, but the more expensive and more powerful Nexus 5 remains your shrewdest unlocked Android option.

Motorola Moto G review: how good can a $179 smartphone be?

The Moto X represented a sizable step forward for Motorola. A comfortable, fresh, customizable design married with tasteful and useful software features, it's the polar opposite of the aggressively...

Redefining what a cheap smartphone can be

The Motorola Moto G is an affordable Android smartphone that doesn't require a two-year cellphone contract at the time of purchase. It is also color-customizable thanks to optional "shells." It features a large 4.5-inch LCD touchscreen (1280x720), a...

I like what the new Motorola is doing. It seems like an eternity ago, but I remember when phone launches with Motorola meant a variety of variants all with their own idiosyncrasies. Since re-launching itself, Motorola has launched just two new lines of...