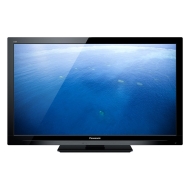 alaTest has collected and analyzed 278 reviews of Panasonic TX-L24E3B. The average rating for this product is 4.6/5, compared to an average rating of 4.3/5 for other products in the same category for all reviews. Opinions about the design and price are overall positive. The sound and usability are also appreciated.

We analyzed user and expert ratings, product age and more factors. Compared to other products in the same category the Panasonic TX-L24E3B is awarded an overall alaScore™ of 88/100 = Very good quality.

Below is a list of reviews for this or similar products. If you think this grouping is wrong please click here to flag.
Read more on our FAQ’s page.
Showing 1 - 139 of 277 Show Reviews: in English

alaTest has collected and analyzed 129 user reviews of Panasonic TX-L24E3B from Amazon.co.uk. The average user rating for this product is 4.6/5, compared to an average user rating of 4.3/5 for other products in the same category on Amazon.co.uk. Reviews about the glare and price are on the whole positive. The sound and usability are also mentioned favorably. There are some less positive views about the reliability.

95% of the reviews on Amazon.co.uk give this product a positive rating.

Panasonic's 32in L32E3 TV makes a decent if not amazing case for itself as an entry-level or, especially, second-room option.

The fact that the L32E3B has an IPS Alpha panel shows that it should support wider-angle viewing than the L42E3B, and deliver a richer colour response. Plus it shows that it’s rolled off Panasonic’s latest production lines, and so could also benefit...

Panasonic's smallest LED TV yet is a good if somewhat expensive option for people unwilling to compromise on resolution even with a second-room TV.

It would have been nice to find the L24E3B adding DLNA network capability given its rather elevated price by small screen standards. But it still ultimately manages to justify its cost by producing a picture quality which, while not perfect, is still...

Don't you sometimes yearn for the simple life? A time when firmware upgrades weren't a daily chore, when internet-based VOD was just a theory, and when a TV could be operated by those over forty? The TX-L32E3B tries the ‘less is more' approach, but...

The Panasonic TX-L32E3B is driven by price, rather than features or technology. In order to keep the cost down this entry-level 32-inch set eschews niceties such as 3D playback or Panasonic's Viera Connect online system, but has managed to hang onto...

The picture quality is excellent, but we missed motion smoothing and the internet features of other Panasonic TVs.

A bit slow when first switched on.

Looks great, lovely clear picture. Easy to set up and use. I'm really pleased with it!

PANASONIC WVCP314 PANASONIC: WV-CP314: click to enlarge
Please ensure that your original part number matches this exactly, or check with the manufactuer for... $155.00 TO SHOP