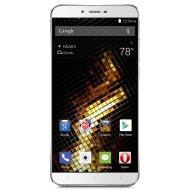 alaTest has collected and analyzed 170 reviews of BLU Vivo 5. The average rating for this product is 4.4/5, compared to an average rating of 4.1/5 for other Cell phones for all reviews. Reviews about the design and screen are overall positive. The portability and price are also mentioned favorably, whereas reviews about the GPS navigation and size are different.

We analyzed user and expert ratings, product age and more factors. Compared to other Cell phones the BLU Vivo 5 is awarded an overall alaScore™ of 86/100 = Very good quality.

Below is a list of reviews for this or similar products. If you think this grouping is wrong please click here to flag.
Read more on our FAQ’s page.
Showing 1 - 169 of 169 Show Reviews: in English | in other languages (1)

alaTest has collected and analyzed 141 user reviews of BLU Vivo 5 from Amazon.com. The average user rating for this product is 4.4/5, compared to an average user rating of 3.8/5 for other Cell phones on Amazon.com. People really like the design and usability. The screen and price also get good feedback, but there are some mixed reviews about the GPS navigation.

91% of the reviews on Amazon.com give this product a positive rating.

alaTest has collected and analyzed 20 user reviews of BLU Vivo 5 from Amazon.ca. The average user rating for this product is 4.7/5, compared to an average user rating of 3.9/5 for other Cell phones on Amazon.ca. People really like the usability and camera. The price and performance also get good feedback. Some have doubts about the size.

95% of the reviews on Amazon.ca give this product a positive rating.

The Blu Vivo 5 is an attractive unlocked Android phone that offers good bang for your buck, but there are better options available for the price.

Software and Conclusions The Vivo 5 ships running Android 5.1 Lollipop , but an update to Android 6.0 Marshmallow is expected. As mentioned earlier, Blu has departed from other devices in its lineup by laying on a pretty thick UI layer here. The app...

I call it 'Blu' steel: A look at Blu's first all-metal phone (hands-on)

The Blu Vivo 5 is the company's first aluminum unibody handset, and it comes in at a shockingly low price.

We in the tech press tend to feature the big names in smartphones when it comes to reviews… Samsung, LG, Motorola, Apple, HTC, you know, the usual suspects. It's rare that we review budget devices and up until recently that mostly had to do with the...

Screen struggles in sunlight, capacitive buttons do not have back light

For $199.99 you're getting way more than what you're paying out. Yes, the BLU Vivo 5 has its issues, but those all melt away just knowing you actually own the device and aren't paying a monthly bill on it.

By nature, phones under the $200 price point are expected to cut corners not only with the hardware on the inside, but especially in how they're designed on the outside. Miami-based BLU has been trying dearly to change this perception with its line of...

Slowly but surely, BLU has been gaining traction on the entry-level side of the US smartphone market, and the BLU Vivo 5, along with the Vivo XL, is a testament to how far the company's products have come. A year or so ago, BLU’s phones hardly drew...

Blu is selling the Vivo 5 directly to consumers unlocked. This Android device is slim, attractive, and made from good materials. It boasts a big screen, solid camera, exceptional battery, and compatibility with AT&T and T-Mobile. Here is Phonescoop's...

The Vivo 5 smartphone from Blu isn't for everyone. It's an unlocked handset that's only being sold online. While there are a growing number of people who prefer to buy unlocked phones, the Vivo 5's limited support for AT&T and T-Mobile LTE causes me...

BLU's latest mid-ranger brings premium build quality and solid specs to the table, but is it enough to stand out in a sea of increasing competition? Join us as we find out.

720p display is too low for a 5.5 inch screen ; Software is heavily skinned ; Below average Camera

The BLU Vivo 5 offers by far, the best build design of any phone under $199. From it’s full metal build to it’s thinness and lightweight, the phone feels like it should cost a lot more. Although it isn't perfect, ultimately the BLU Vivo 5 is a...

I call it 'Blu' steel: A look at Blu's first all-metal phone

Stay tuned for hands-on photos and video from the show!

BLU Vivo 5 Smartphone was launched in January 2016, comes with a 5.5-inch HD Super AMOLED multi touch with a resolution of 720 x 1280 pixels at a pixel density of 267 pixels per inch. The screen is also protected by a Corning Gorilla Glass Scratch...

BLU Vivo 5 Mini V050Q Facotry Unlocked GSM Quad-Core...
This refurbished product is tested and certified to look and work like new. The refurbishing process... $199.00 TO SHOP