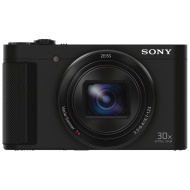 alaTest has collected and analyzed 1510 reviews of Sony Cyber-shot DSC-HX90 / HX90V. The average rating for this product is 4.3/5, compared to an average rating of 4.3/5 for other Digital Compact Cameras for all reviews. People are impressed by the performance and zoom. The size and portability also get good views. Comments about the connectivity and optics are mixed, and the contrast and memory get less positive comments.

We analyzed user and expert ratings, product age and more factors. Compared to other Digital Compact Cameras the Sony Cyber-shot DSC-HX90 / HX90V is awarded an overall alaScore™ of 91/100 = Excellent quality.

Below is a list of reviews for this or similar products. If you think this grouping is wrong please click here to flag.
Read more on our FAQ’s page.
Showing 1 - 272 of 1059 Show Reviews: in English | in other languages (318)

alaTest has collected and analyzed 65 user reviews of Sony Cyber-shot DSC-HX90 / HX90V from Amazon.co.uk. The average user rating for this product is 4.4/5, compared to an average user rating of 4.3/5 for other Digital Compact Cameras on Amazon.co.uk. Views about the size and screen are overall positive. The zoom and usability are also mentioned favorably. There are some negative opinions about the reliability and focus, and reviews are divided on the color.

91% of the reviews on Amazon.co.uk give this product a positive rating.

alaTest has collected and analyzed 196 user reviews of Sony Cyber-shot DSC-HX90 / HX90V from Amazon.com. The average user rating for this product is 4.4/5, compared to an average user rating of 4.2/5 for other Digital Compact Cameras on Amazon.com. Reviewers are impressed by the size and zoom. The performance and portability also get good views, whereas there are some critical reviews about the contrast and optics. There are some mixed views about the shutter and reliability.

92% of the reviews on Amazon.com give this product a positive rating.

alaTest has collected and analyzed 1 user review of Sony Cyber-shot DSC-HX90 / HX90V from Amazon.ca. The average user rating for this product is 5.0/5, compared to an average user rating of 4.3/5 for other Digital Compact Cameras on Amazon.ca. Reviewers are impressed by the portability. The price and image quality get less positive reviews.

The Sony Cyber-shot DSC-HX90V has an incredible zoom range and an excellent EVF, but its images suffer when the light gets low.

Performance and Conclusions Like most compact cameras with long zoom lenses, the HX90V takes a while to turn on. It does so in about 2 seconds, which is slower than the 1.4-second mark managed by the Panasonic ZS50. Focus, however, is very quick; at...

Sony shows just how much camera it can cram in your pocket with 30x zoom HX90V, WX500

Claiming "world's smallest" honors, the new Cyber-shots are only 102mm wide but have 24-720mm lenses and one even has a pop-up viewfinder.

The Sony CyberShot HX90V is an incredibly versatile and compact digicam. A powerful processor and Zeiss 30x optical zoom lens are great compliments to the 18-Megapixel CMOS imaging sensor. Its versatility and great collection of features make it an...

iAuto and Program shooting modes are accurate and easy in all situations ; Dedicated Video Capture Button is always ready to record ; 30x optical zoom lens is great for all shooting situations, near and far ; Great overall image quality ; 5-axis image...

Some noise in all sample images, common with an 18-Megapixel sensor of this size ; Lower Resolution EVF doesn't give you the realistic feel that many of Sony's other EVFs do ; Higher ISO images show very high levels of noise ; Burst shooting stops at...

The Sony CyberShot HX90V is an incredibly versatile and compact digicam. A powerful processor and Zeiss 30x optical zoom lens are great compliments to the 18-Megapixel CMOS imaging sensor. Its versatility and great collection of features make it an... 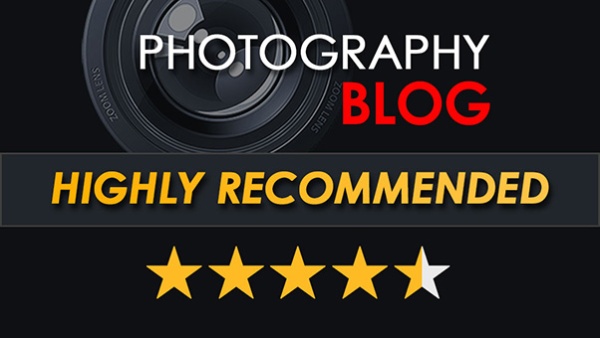 The Cyber-shot HX90V replaces last year's HX60V as Sony's high-end travelzoom compact camera. Like the HX60V it sports 30x optical zoom, though where this used a Sony G lens, the new Sony Cyber-shot DSC-HX90V gets a Zeiss Vario-Sonnar T-star coated...

We liked last year's HX60V, but with slightly underwhelming image quality and no EVF or lens barrel control ring like the competition from Panasonic, it couldn't quite compete. Sony has clearly listened though and the Cyber-shot DSC-HX90V addresses...

If you're an enthusiastic photographer looking for a compact camera that you can slip in a pocket and take anywhere, Sony's RX100-series offers a great choice with a much larger-than-average sensor for spectacular image quality. But what if you prefer...

Still images are stored only as sRGB JPEG-compressed files. Raw capture and the Adobe RGB color space aren't supported on this camera. 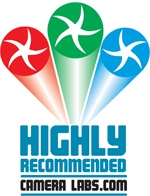 The Sony Cyber-shot HX90V is the World's smallest compact camera with a 30x optical zoom. Announced in April 2015, it's the successor to the HX60 and HX50 models, sharing a similar optical zoom range, but packed into a smaller body.

Poor screen visibility. Screen not touch-sensitive ; Noise starts at low ISO sensitivies ; Small EFV overlays ; No RAW mode, but it's of limited use on this type of camera

These days it's not enough to simply cram a massive zoom range into a tiny form factor, a successful compact super-zoom has to accommodate a lot more besides. With its earlier HX50(V) and HX60(V) Sony was already doing pretty well, but reducing its...

The Cyber-shot DSC-HX90 is Sony's latest travel compact. It offers an amazing 30x zoom range in a body that will easily slip into your pocket.

No raw shooting ; No touchscreen ; Low light performance could be better

On paper this looks like a great travel zoom camera and it feels very nice in the hand. The viewfinder is a real bonus when shooting in bright light. The HX90V is a solidly performing all round travel compact camera that offers a lot but doesn't...

Sony shows just how much camera it can cram in your pocket with 30x zoom HX90V, WX500

When Sony released the Cyber-shot HX50V in 2013, it was the world's smallest and lightest camera with a 30x zoom lens. Now, two years later, it's back with the HX90V and WX500, which reclaim the title.

There's currently no indication of UK prices for either the HX90/HX90V or the WX500, but early US prices suggest the former could retail for around £290 before tax and VAT, while the latter could cost around £225 plus VAT. Considering the Panasonic...