alaTest has collected and analyzed 180 reviews of Razer Tarantula. The average rating for this product is 3.9/5, compared to an average rating of 4.1/5 for other products in the same category for all reviews. People really like the durability. The design also gets good feedback. There are some critical reviews about the reliability and size.

We analyzed user and expert ratings, product age and more factors. Compared to other products in the same category the Razer Tarantula is awarded an overall alaScore™ of 88/100 = Very good quality.

Below is a list of reviews for this or similar products. If you think this grouping is wrong please click here to flag.
Read more on our FAQ’s page.
Showing 1 - 19 of 149 Show Reviews: in English | in other languages (31)

78% of the reviews on Amazon.co.uk give this product a positive rating.

The Razer Tarantula is a real boon to the gamer who uses macro keys, and it's a great typing keyboard too.

It only makes sense that after tuning the lowly mouse to gamer specifications, the various input device makers would turn their attention to keyboards. Razer's new $99 Tarantula gaming keyboard is not the first of this new breed, but it's definitely...

Takes up a fair amount of desk space; expensive if you aren't serious about gaming.

Razer brings all the polish to its Tarantula gaming keyboard that it has to mice over the years. The Tarantula is a little more expensive than other keyboards geared toward gamers, but its build quality, customization options, and responsiveness are...

Razer Tarantula passed all of out tests and showed perfect result for a keyboard. The only negative side is that its price is approximately 100 dollars, which is pretty steep for a keyboard. A great feature which this keyboard offers is the ability to...

At Driver Heaven we spend a lot of time in front of PC's and because of this our components such as keyboards and mice, even headphones, have to be decent quality. Having peripherals which perform well and feel comfortable is essential if you are an...

The Tarantula is the perfect partner for your gaming mouse as this keyboard from Razer has tons of features designed for the hardcore gamer.

Razers Tarantula packs in a lot of action into it's slick frame. Aside from the blue LEDs, there are dual USB ports on the end, alongside a mic/headphone jack. For hardcore gamers, there is anti-ghosting capabilities and also macro keys.

Finish attracts finger prints and scratches easily ; Only certain keys light up ; No way to disable the illumination of the macro and profile keys or the Razer logo ; No Battledock accessories currently available

Above all else, this is a keyboard made for gamers. If there’s anyone Razer should be worried about, it’s Logitech. Since its release, the Tarantula has often been directly compared to the G15, and rightly so. It shares many of the same features...

I must say that I was really impressed with the Tarantula, the sleek design and a nice feature set. When it comes to performance this keyboard won't let you down, I've been using it for a couple of weeks now and I have grown quite fond of the short... 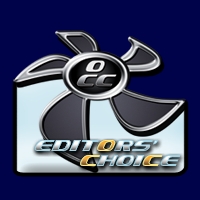 This black beauty has all the potential to be a gamer's best friend, but is the Razer Tarantula Gaming Keyboard poisonous enough to make its competitors shudder at the thought?

Requires some Knowledge of Programming

I’ve used many other programmable gaming keyboards, including the Z-Board and Saitek Eclipse II, none have compared to the Razer Tarantula. While the others may have glitzy backlights or multiple keyboard inserts, they are not as programmable. They do...